Despite macroeconomic headwinds, there are still exciting advancements being made in food technology and the alternative protein sector, with several major milestones being reached over the first half of 2022. We believe that the trends presenting the most interesting opportunities for investment today are fueled by a combination of technological advancements and commercial maturation.

Focused on producing real meat by growing animal cells in carefully optimised conditions, cultivated meat start-ups and the broader sector have come a long way since the world’s first 5oz (~140g) cultivated beef burger was unveiled in 2013 for a staggering $330k.[i] Technological breakthroughs at every stage of the cultivated meat value chain have helped bring down costs significantly to less than $10/lb for species like chicken.[ii] Several companies have successfully scaled production to pilot-stage facilities capable of producing thousands of kilos of cultivated products a year.

Founded in 2015 as one of first cultivated meat companies, UPSIDE Foods launched its “EPIC” (Engineering, Product & Innovation Centre) facility in November 2021. The first-of-its-kind in scale, the facility has the ability to produce almost 25 metric tonnes of product a year.[iii] Others such as Aleph Farms and SuperMeat have also launched pilot production in anticipation of regulatory progress beyond Singapore.

As companies continue to ride down the cost curve and scale their manufacturing capacity, the onus is shifting on to regulators to provide commercial clarity. So far, Singapore remains the only country to have green-lighted the commercial sale of animal-free meat in December 2020. The focus is now firmly on the USDA and FDA in the US, with approval expected to come through in 2022. Across the Atlantic in the UK Parliament, the launch of the Alternative Protein Association took place earlier this year, an industry association which has already become the largest of its kind in Europe, and which will represent the alternative protein industry in achieving policy and regulatory support. With companies waiting on the side-line ready to launch, official endorsement by the world’s biggest economies could make the next six months a monumental turning point for cultivated meat.

Humans have used fermentation to process foods for centuries, whether to improve their shelf life or bring out unique flavours and textures. Traditional fermentation is used to create many everyday food items such as yoghurt, bread, and tempeh. As part of the fermentation process, microbes (e.g., yeast or bacteria) break down sugar to produce complex molecules such as proteins, enzymes or fats. Precision fermentation leverages genetic engineering to program microbes to produce specific types of molecules. The technology has been around since the 1980s (when a strain of E. Coli was first used to produce insulin to treat diabetics) and today is used to produce high value products (like enzymes used in cheese production, specific flavours and fragrances, or vitamins) across a variety of sectors such as pharmaceuticals, cosmetics and food.

There are currently a growing cohort of start-ups using precision fermentation to produce molecules like proteins traditionally derived from animal farming. Following several years of R&D, the most advanced companies have already begun commercial-scale production to support the launch of their ingredients in consumer products. One such example is Perfect Day. The California-based start-up uses precision fermentation to produce the whey protein found in cow’s milk. The company launched its animal-free whey in a range of products last year including ice cream and cake mix. This year, Perfect Day has teamed up with food giant General Mills to bring animal-free cream cheese to consumers across the country, and with Mars to launch its first animal free chocolate bar CO2COA.[iv]

Moreover, fellow food tech peers Impossible Foods and Motif FoodWorks - both already producing beef-like heme-binding proteins responsible for flavour - have also expanded their footprint either through new market launches or new product launches in 2022. Precision fermentation-derived ingredients in food products will be on offer for more customers than ever in 2022 and 2023.

Take a stroll through most supermarkets in the UK today and you will find a section packed with a plethora alt-meat products. There is certainly no shortage of companies selling their version of plant-based “chicken,” with little in the way of differentiation other than their branding. The vast majority of these alt-meat products are produced using a processing technology called extrusion, where a combination of heat, pressure and moisture alters the texture of plant proteins to mimic that of meat. The method has been widely used for decades in a variety of applications (including pet food) and has therefore been the go-to for the so-called “first generation” of alt-meat substitutes.

While extruded plant proteins display textures that are somewhat comparable to minced or “unstructured” meat (i.e. burgers and sausages), they miss the mark when it comes to mimicking the complex fibrous texture of whole cuts of meat (i.e. a chicken breast or a steak). The next generation of consumer products that hit supermarket shelves and restaurants alike will focus more on the “holy grail” of whole cuts. After all, roughly half of all animal-derived meat consumed today is from structured meat.

Start-ups are looking beyond the extruder to solve the whole-cut problem. Founded in Israel in 2018, Redefine Meat uses a proprietary 3D-printer to print cuts of beef with unparalleled texture and functional properties. In just two short years the company has been able to launch multiple products through hundreds of foodservice outlets across Israel and Europe. Redefine Meat is part of a growing wave of new companies building solutions to solve the whole-cut problem. Juicy Marbles and Meati have also both recently launched their versions of whole-cut products directly to customers. We anticipate more debuts in the coming months.

4. The intersection of synthetic- and computational-biology is breeding innovation upstream

We are in the early stages of a biomanufacturing revolution with seemingly limitless potential. Much of the growth can be attributed to the field of synthetic biology (SynBio) which applies engineering principles to biology. Cells perform specific functions based on their genetic code. The DNA contained within cells is not unlike the code that sits behind software. Altering this code or even writing it from scratch allows us to reprogram cells in ways that provide for desirable outputs. One of the earliest methods to alter this code was through selective breeding (of crops or livestock) to optimise for factors such as yield.

Nowadays, advances in DNA technology mean we can alter or even write code from scratch much quicker. Regardless, the R&D process (particularly for newer applications such as food production) requires a lot of experimentation which yields extraordinary amounts of data. This is where the “computational” branch of biology can help. Several start-ups are combining both synthetic biology and computational models powered by machine learning algorithms to help optimise their products and bioprocesses.

Israel-based Equinom has built a platform that can match desired traits in food ingredients to the genetic make-up of seed varieties. Its machine learning algorithms can zero in on ideal seed varieties much quicker. Elsewhere, Hoxton Farms has applied its proprietary computational models to optimise the production process of its cultivated animal-fat products. Kingdom Supercultures, who raised a $25M Series A in 2021, is another example of a start-up using big data analytics to change the way microbial strains (of which there are billions) are selected for use in biomanufacturing. 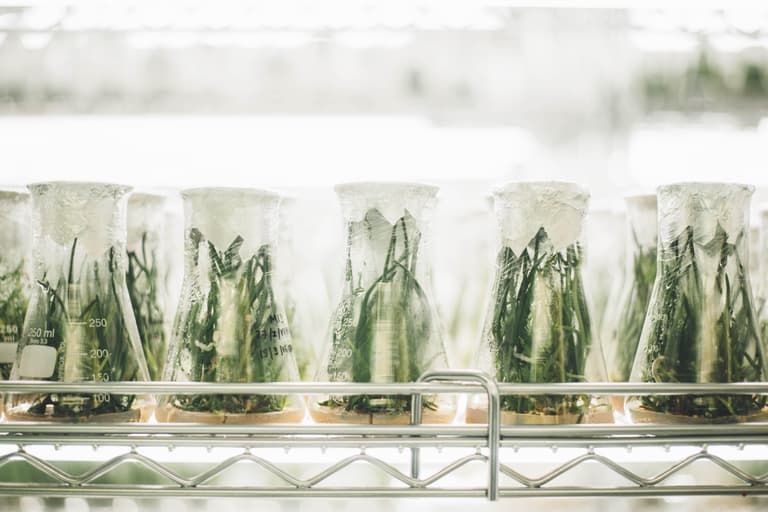 Among them is the governing authority of the world’s most populous country. The Chinese government published the 14th installation of its “Five Year Plan of China” at the start of 2022, a paper that represents the highest level of policy making in the country. For the first time, alternative protein solutions like cultivated meat, egg analogues and recombinant proteins were explicitly cited as focus areas going forward. This is the most important validation of the alt-protein sector by the world’s largest consumer of eggs and meat and will help unlock more funding for and research in the space over the coming years.

In 2021 the US Department of Agriculture (USDA) made its first ever investment into cell-based meat by awarding $10M to Tufts University to establish a National Institute for Cellular Agriculture. Furthermore, the Alternative Proteins Association (APA) in the UK – fresh from its launch in parliament earlier earlier this year – is working to promote the value of the alt-protein sector and support its growth.

Tragic macroeconomic events such as the global pandemic and the war in Ukraine have led to large supply-side shocks and demonstrated the fragility of our food security and supply chains. Countries are beginning to think more deliberately about ensuring the security of food for their populations and much like China, the US and UK, are changing tack accordingly. 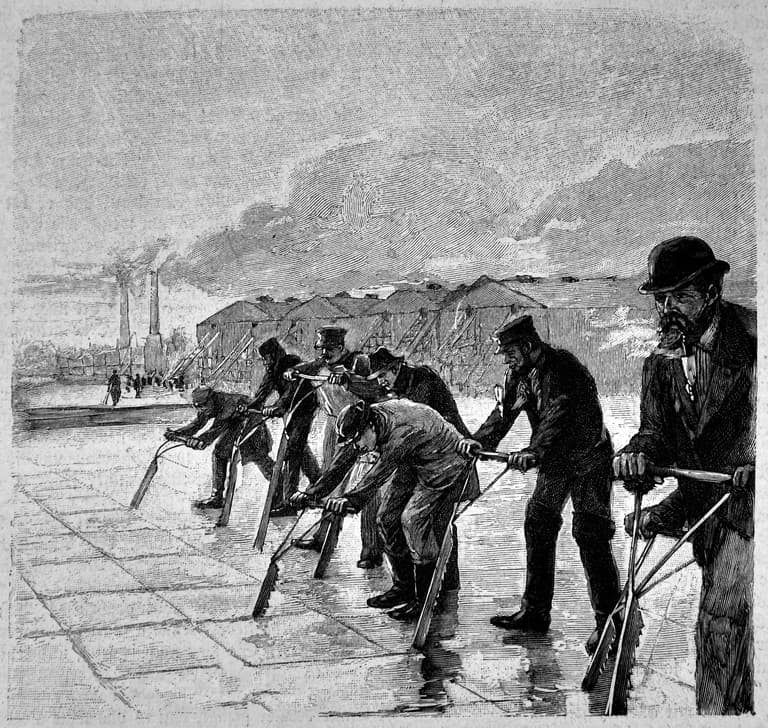 Synthesis Adoption Series: What Does the Rise of “Artificial” Ice Teach Us About the Future Adoption of Alternative Proteins? 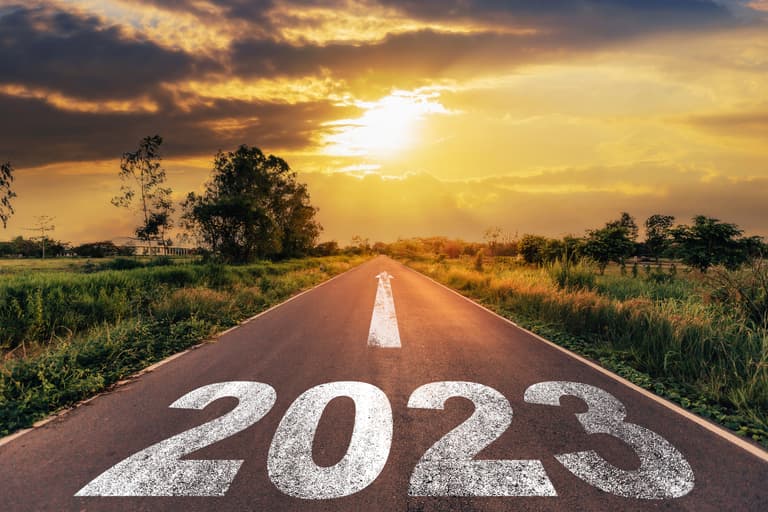 Six Predictions for the Alternative Protein Sector in 2023